In the height of his NASCAR racing career in 1999, Jeff Gordon established the Jeff Gordon Children’s Foundation which supports children battling cancer by funding programs that improve patients’ quality of life, treatment programs that increase survivorship and pediatric medical research dedicated to finding a cure.

In addition, the Foundation provides support to the Jeff Gordon’s Children’s Hospital in Concord, N.C., which serves children in the community by providing a high level of primary and specialty care, regardless of their ability to pay. 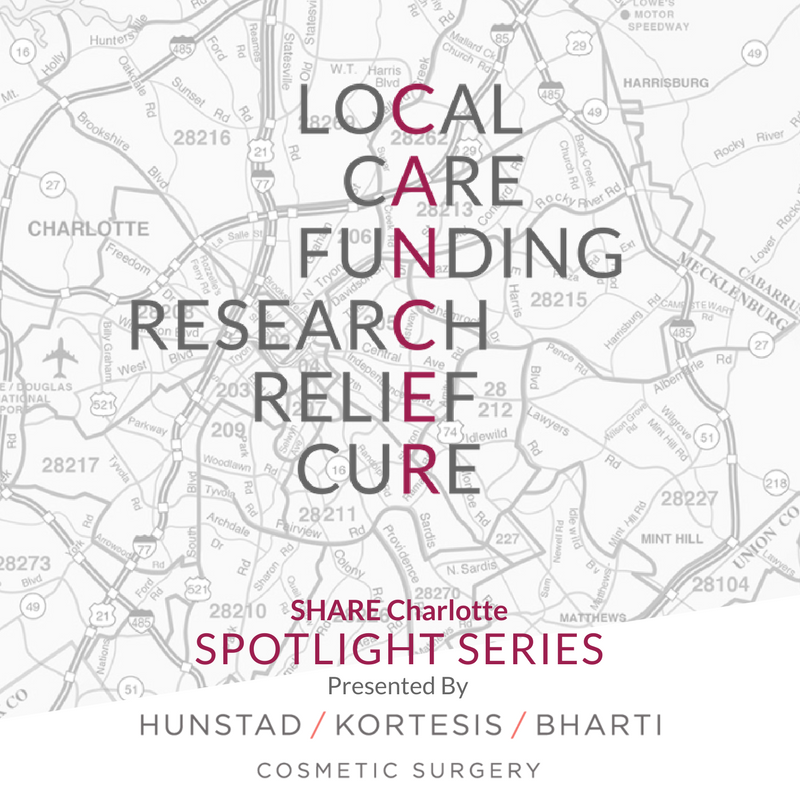 “Cancer remains the leading cause of death from disease in children in the United States, and better cures for children with cancer will only come through research,” said Gordon, chairman of the Jeff Gordon Children’s Foundation. “I’ve never faced anything on the racetrack as tough as childhood cancer. I won’t stop until we beat it.”

“Gifts like these are remarkable and help our pediatric cancer program thrive as one of the best in the country,” said Gene Woods, President and CEO of Carolinas HealthCare System. ”Every child deserves to live a carefree life, and our world-class pediatric oncology and hematology research is essential to making this a reality for more and more of our patients.”

“I have never been more proud to call Charlotte my home,” Gordon said at the #GivingTuesdayCLT results unveiling event. “GivingTuesdayCLT obviously has been extremely successful and I'm also very proud...the Jeff Gordon Children's Foundation was a part of this giving experience.”

The Jeff Gordon Children's Foundation is preparing for the 2017 #GivingTuesdayCLT campaign.

“The Jeff Gordon Children’s Foundation was incredibly energized by the support of our local Charlotte community during #GivingTuesdayCLT last year,” said Trish Kriger, Executive Director.  “We are looking forward to launching our 2017 campaign to help fund our new and promising partnership at Levine Children’s Hospital.”