We seldom seek out life-altering events. They often find us instead.

And sometimes, doing something as simple as serving a glass of fruit punch to someone who could use a cup of cheer can not only have an impact on their life but yours too.

Last week, my 15-year-old daughter went to Urban Ministry Center with her youth pastor for a “drink service” shift. They were instructed to bring 350 cups and drink mix, which they did with smiles. They were prepared, but then again, not really. My daughter wasn’t totally sure what Urban Ministry was. “I thought it was part of a church,” she told me after her shift. 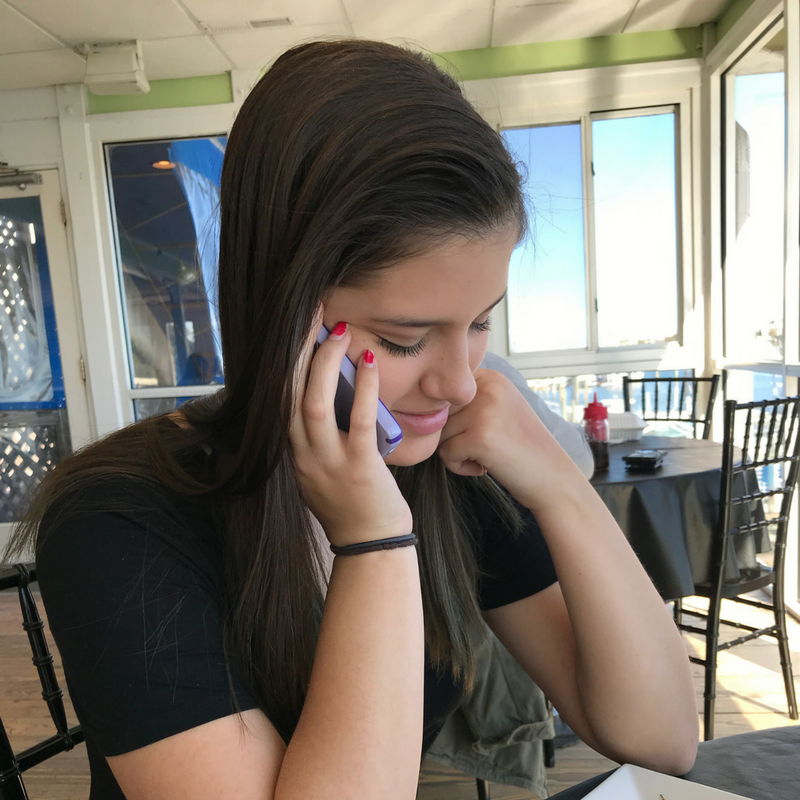 I’ve talked about Urban Ministry often. But I’m her mother and she’s a teenager and tuning me out is part of her job sometimes. But in this case, I’m glad she did, because her experience was hers and not mine. And we had a great conversation about what she saw.

“There were a lot more people than I thought there would be,” she said. “There were 150-200 people lined up outside and that wasn’t even everyone who came in.”

And in walked my girl with her helping heart.

“Seeing how many kids were there was heartbreaking,” she said. “I felt bad that they are in the situation they’re in.”

“I could tell that our being there made a difference in their day,” she said. “To have someone there to smile at them and say, ‘have a nice day,’ … their faces lit up and it was cool to see that.”

She also realized that at 15, she can do something.

“Honestly, before this, I didn’t think someone my age could do anything to help that much,” she said. “But seeing how happy being there made people, I would do it again.”

This experience changed my daughter and now she sees an opportunity to tell more people her age about ways they can get involved in their community.

Let's begin the encouragement! SHARE Charlotte has volunteer opportunities for people of all ages. Here's a list of opportunities suitable for ages 13-17.

Addie Rising is SHARE Charlotte's Content & Communications Director and mom to three kids in Charlotte. #52tuesdays is presented by Google Fiber, a company that believes in the power of everyday people to be a source for good in the world.