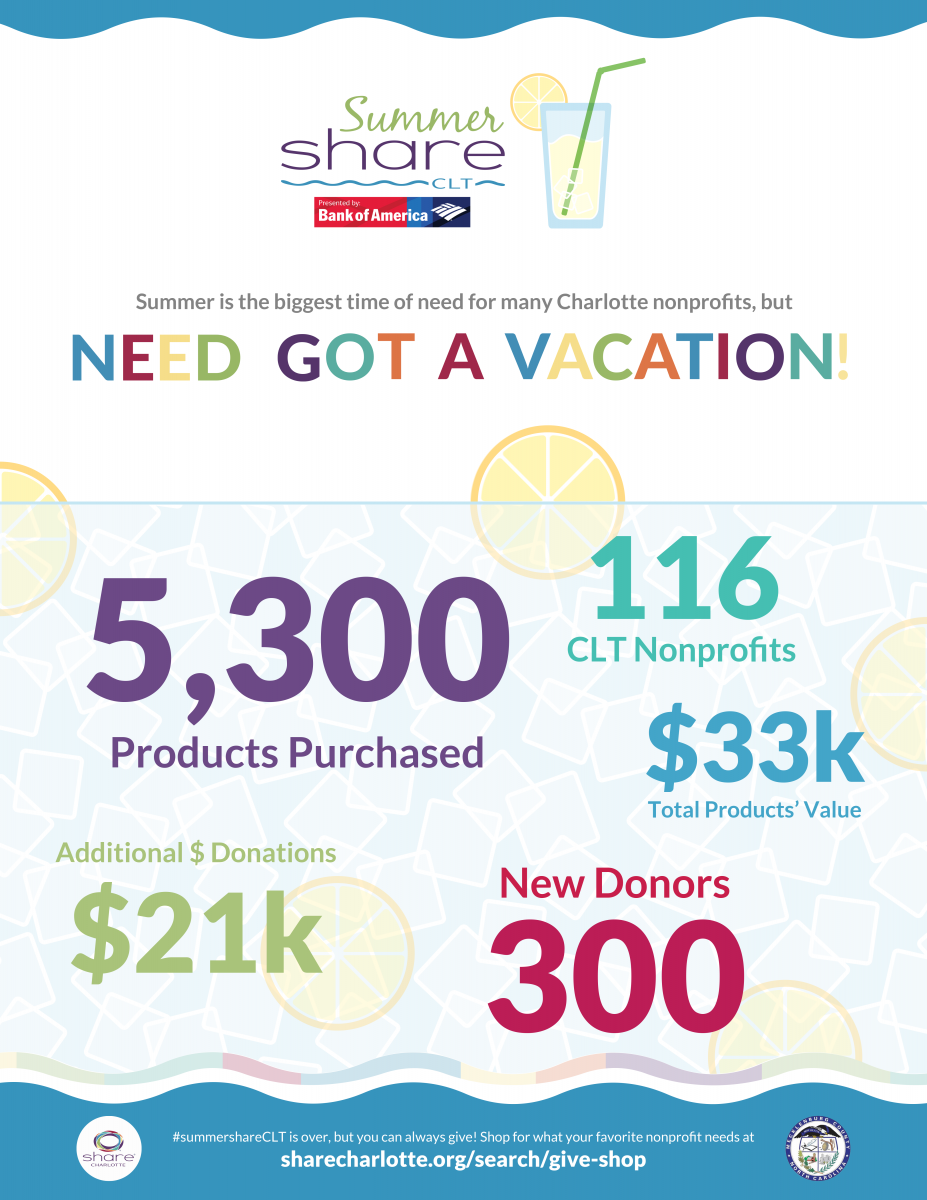 SummerSHARE strategically happens during a time of year when need is high, but less apparent than winter months. Of SHARE’s partner nonprofits polled, more than 90 percent said that July is the hardest month to secure donations and investment from donors.

"These 5,300 items are an important reminder that Charlotte cares about our local nonprofits," SHARE Charlotte Executive Director Kelly Brooks said. “And that we can rally together when we need to. We couldn’t be happier with the turnout for SummerSHARE."

GOOD news from the campaign:

“SummerSHARE is an excellent example of what we can do when we collaborate and work together to address needs in our community,” said Andrea Smith, Chief Administrative Officer for Bank of America.

This year SHARE inspired neighbors to donate 5,300 items, a 23.8 percent increase over last year’s sales. Though the spotlight shines on the online store during the campaign, SHARE Charlotte’s Give Shop is open 365 days a year, and the organization encourages people visit it often at sharecharlotte.org/search/give-shop.

SHARE Charlotte has already started planning its fall #GivingTuesdayCLT campaign, which raised $7.2 million in 2016, becoming the largest community campaign under the global #GivingTuesday umbrella. For more information on the campaign and how to engage, contact SHARE’s campaign manager, Amy Jacobs.

SHARE Charlotte makes it fun and easy to invest in our local community by offering simple ways for neighbors, more than 400 nonprofits and businesses to come together through good. Through sharecharlotte.org and its signature campaigns, #GivingTuesdayCLT and SummerSHARE, SHARE Charlotte raises awareness about local nonprofits and increases the level of community engagement. SHARE Charlotte believes that by doing good, we create a stronger, happier Charlotte.