Did you know that more than 30,000 people are living with cystic fibrosis (CF), and that approximately 1,000 new cases are diagnosed each year?

Maybe, we should take a step back…

Do you know what CF even is? A less common chronic condition with a lower patient count, CF is a progressive, genetic disease that can lead to persistent lung infections and limits the ability to breathe over time.

Due to the impact on the respiratory system, a CF diagnosis is life-altering, and patients invest large chunks of their day to staying healthy and caring for it. It’s also harder to be out in the community, as the condition makes them vulnerable to everyday illnesses that could be devastating.  As a result, CF patients rely on the community to support CF research and fundraise for the cause. Because of this, finding volunteers and CF advocates who aren’t battling CF is critical because they have the health and time available to dedicate to further the mission of organizations like the Cystic Fibrosis Foundation.

A national organization with over 70 chapters throughout the United States, the Cystic Fibrosis Foundation (CFF) plays a critical role in the CF community. Alongside finding a cure for CF, they work with CF patients to help them live longer lives. Associate Executive Director, Gretchen Rohleder shared that in their experience, people suffering from CF are grateful that people who don’t have it are willing to come alongside them, and the CFF provides plenty of opportunities for Charlotteans to step up and help.

She specifically noted the opportunities our local chapter has for young professionals (YP). For example, their young 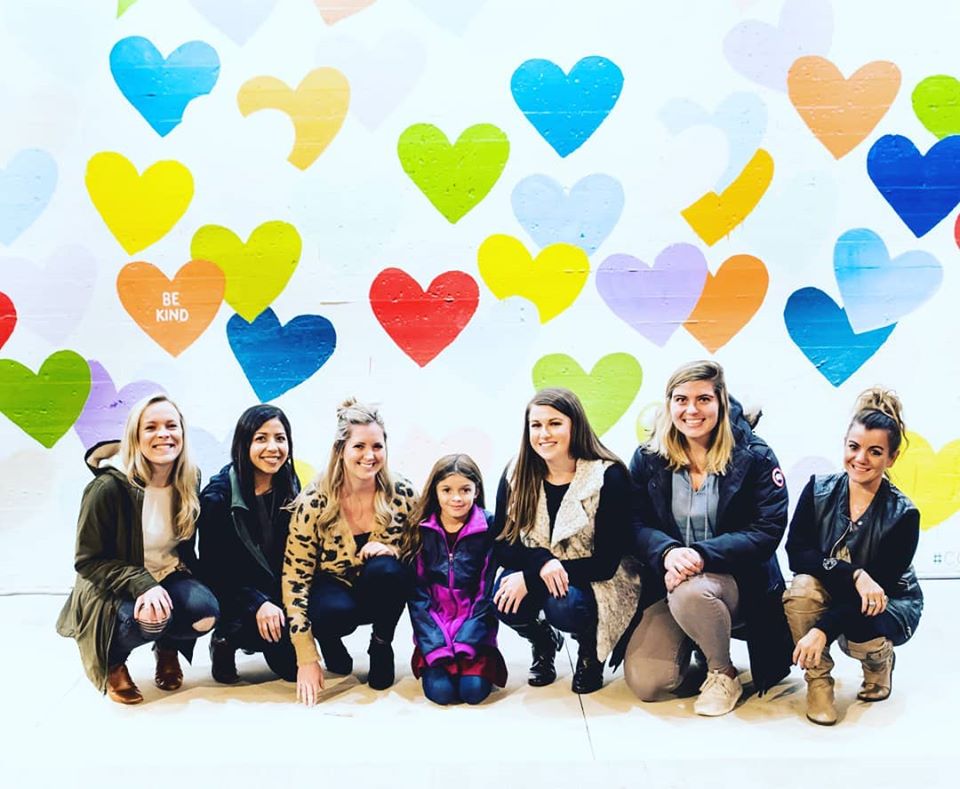 professional program, Tomorrow’s Leaders, engages local YPs with networking opportunities and other events year-round. While the group is primarily virtual right now, once they're back in person, they’ll start hosting more happy hours throughout the city. (PS: 2020 was a rough year for the world and our nation. To remove the barrier to get involved, the CFF is waiving the Tomorrow’s Leaders entrance fee for anyone who signs up in 2021. Check it out!)

One of their signature events is the Guys and Dolls Auction Gala. Unlike Tomorrow’s Leaders, which is engagement-focused, the Guys and Dolls program is dedicated to raising funds and building auction packages for the gala. For “Guys” and “Dolls” participating on the Foundation’s behalf, they get paired with a child that has CF, which helps them get a deeper understanding of what life with CF is like. Over the years, the CFF has had so many volunteers who have come in with no connection to CF and made a big impact on the kids they were paired with.

Taylor Skelton, who got involved as a “Guy” for CF and is now one of the Guys & Dolls co-chairs, shared with us: 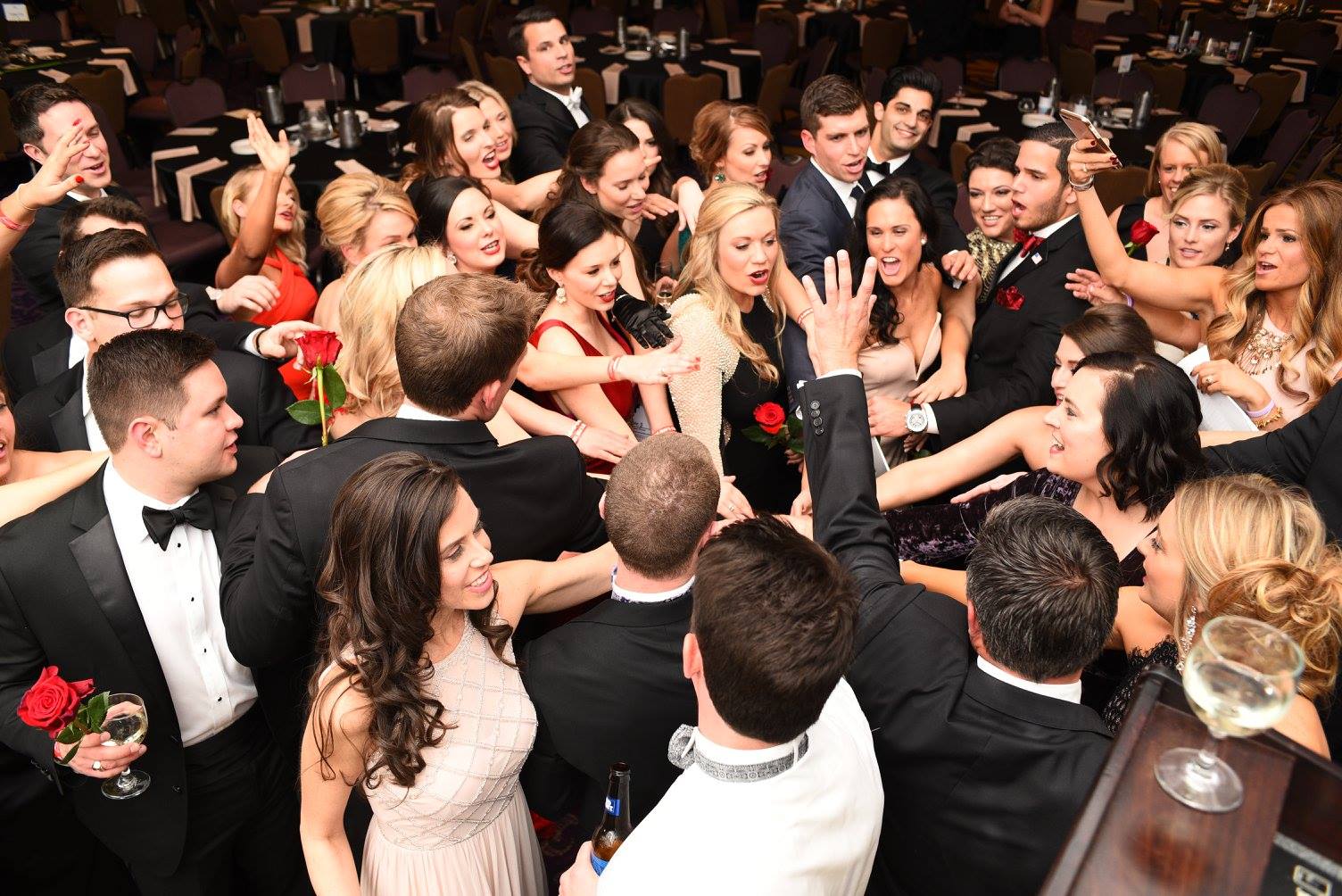 “I first got involved with the Cystic Fibrosis Foundation when I attended the 2018 Guys & Dolls Auction Gala as my coworker's guest (she was participating as a “Doll” that year). Knowing very little about cystic fibrosis at the time, I was so moved by the guest speaker's story that I sought her out afterward and promised her I would sign up to participate as a “Guy” the following year.

I am so happy I made that promise because the CF Foundation has introduced me to some of the most genuine and nice people in Charlotte. Coming from all walks of life, the friends I have made through the CF Foundation all share a core desire to make CF stand for ‘Cure Found’. It is this shared desire that brings us together (even virtually), over drinks, food, walks, game nights, and pool days. I am forever thankful for the introduction to the CF Foundation and have learned so much about the disease we continue to fight against.”

His fellow co-chair, Madison Altman, had a similar story, sharing:

“When a friend asked me to join Guys & Dolls in 2015, I honestly had no idea what cystic fibrosis was. I’m embarrassed to admit that I was graduating college soon and thought, “this will be a great resume builder”. Little did I know just how much the Cystic Fibrosis Foundation, and all of the incredible young professionals and families involved, were about to change my life. Through Guys & Dolls, I’ve met numerous families whose lives are affected by Cystic Fibrosis every single day. I’m talking about kids who have to travel miles and miles each month to receive treatment from top medical professionals, take a handful of pills every day, and wear a vest that shakes the mucus off of their lungs multiple times a week. Talk about a lesson in resiliency! I’ve made countless, cherished connections through Guys & Dolls. I wish I could go back to 2015 and tell my naive self that these connections are beyond a resume builder; these connections are life-changing.”

As Taylor and Madison demonstrate, you don’t have to know anything about CF to be impacted by and make a difference for the CF community. And, there’s no better time than now to get involved. COVID-19 has been extremely scary for people with CF, as the mucus in their lungs holds onto bacteria and other harmful inhalants that we would normally cough out. As such, a lot of families with CF have been locked down pretty tightly throughout the last year.

Ready to help change the meaning of CF to “Cure Found?” Visit the Cystic Fibrosis Foundation’s  website and learn more about how to get involved in the above-mentioned opportunities, and the other available events and programs.

Learn about more local nonprofits who serve and support individuals facing chronic disease, as well as their families, here.