Earlier this month, Charlotte played host to the annual #GTCommunitySummit where leaders from #GivingTuesday communities near and far gathered to share ideas, learn from one another’s successes (and failures), and, perhaps most importantly, dream about the future of #GivingTuesday.

Never heard of #GivingTuesday? Let’s catch you up to speed…

Now entering it’s eighth year, #GivingTuesday is a global day of giving fueled by the power of social media and collaboration. #GivingTuesday kicks off the charitable season, when many are focused on their holiday and end-of-year giving.

Since 2012, people from all over the world, together, have given over $1 Billion to causes on #GivingTuesday and have made it a widely recognized and growing movement that celebrates and supports giving and philanthropy.

Often times when describing what #GivingTuesday is to newcomers, we preface it with “well you know how there is ‘Black Friday’ and ‘Cyber Monday,’ well now there is Giving Tuesday.” And with that context, they usually put two and two together on their own.

But there is a flaw with putting #GivingTuesday on par with these two shopping holidays: the concept of Black Friday and Cyber Monday shopping does not resonate with all of the world, but generosity does. Most other countries do not relate to the craziness of these shopping holidays, but they can all relate to the idea of giving back to their communities.

So, while all this time we have been trying to put #GivingTuesday on a shelf next to Black Friday and Cyber Monday, thinking that may make it easier to understand, it has truly always been on a level all it’s own.

What exactly happens at a Summit full of #GivingTuesday Community Leaders?

While #GivingTuesday is a global movement that saw over 190 communities around the world participate just this past November, Charlotte’s local celebration is known as #GivingTuesdayCLT, presented annually by Wells Fargo and powered by SHARE Charlotte for the past 6 years. Because of the part we play to rally the community to get involved on #GivingTuesdayCLT, we were especially excited not only to get to attend the #GTCommunitySummit, but to have it hosted in our beautiful city.

The goals of this year’s Summit, lead by the global #GivingTuesday Team, were the following:

Our whole team was in attendance, a rare occasion for a small team of five that is usually canvasing the city on any given day. But that goes to show just how important this Community Summit was for the SHARE Charlotte team. #GivingTuesdayCLT is not just something that we think about when that time of the year rolls around, we are constantly planning and dreaming up  how to do better next year, and how to keep the conversation going year round (Cough, cough - #52Tuesdays- cough cough).

As you could imagine, in a room full of #GivingTuesday community leaders who are all working towards the same goal from different approaches, there was an incredible amount of inspiration in the room. We learned of amazing stories of collaboration and motivating success stories that left us all excited for what was to come for #GivingTuesdayCLT 2019.

Taiwan was wanting to create a new #GivingTuesday logo, so they put out a competition on social media asking the general public to submit ideas for a newly designed logo. Once they had narrowed it down to three submissions, they shared these designs with their peers in the #GivingTuesday Leaders Whatsapp Group where Giving Tuesday Community Leaders are able to collaborate instantly, daily.

Upon sharing these three designs and expressing to their fellow Community Leaders that they were not happy with any of their three best options, Chile reached out to Taiwan and asked to adopt one of the logos originally designed for Taiwan. Chile shares the same colors on their flag as Taiwan and was really excited about one of the three final designs. Taiwan, without hesitation, gave Chile permission to use the design for their own #GivingTuesday logo. This means that a community member in Taiwan unknowingly designed the #GivingTuesday logo for the country of Chile to use for their campaign this past year.

That takeaway? Giving Tuesday communities are NOT in competition, they are in collaboration.

While there were countless points of inspiration throughout the #GTCommunitySummit, one story stuck out to every member of our team in particular- the story of Ukraine’s first ever #GivingTuesday campaign.

Presented by Maria Artemenko, a #GivingTuesday Ukraine leader, the story of Ukraine’s first year of participation in this global movement was impressive to say the least.

These numbers speak for themselves: 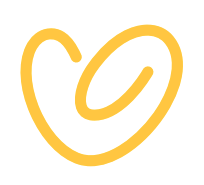 207 Lessons of Kindness taught in schools

24 Regions of Ukraine participated (which is all of them, by the way!)

But what was more important to #GivingTuesday Ukraine leadership than the dollars raised was the new perception that the Ukraine is “a nation of do-gooders.” A goal that they not only accomplished, but that is even more incredible when you consider the fact that the Ukraine did not have a form of charitable giving in their country until 1991 when they gained independence from the USSR. So while charitable giving is a relatively new concept to the nation of Ukraine, it is one that is being heavily embraced and celebrated.

When asked why it was important for the Ukraine to participate in the movement, Maria simply said: “If we want to live in a better world, we have to build it.”

As Woodrow Rosenbaum, one of the founding partners of #GivingTuesday, put it, “GivingTuesday started with a question: ‘We have Black Friday and Cyber Monday, what if we had a day for giving?’ The answer, as it turns out, is that you get the largest social movement in history. In every county, in rooms like the one we were in together in Charlotte, leaders just like you are building change all over the world.”

This #GTCommunitySummit was not just a chance to swap notes, it was also a chance to remind each leader in attendance why we do what we do and why #GivingTuesday is so important not just to our individual communities, but to the world we live in as a whole.