"There's a study that shows if you don't have access to high-quality preschool, you start kindergarten 12-14 months behind," says Banu Valladares, executive director of Charlotte Bilingual Preschool. "If you start behind, then you're twice as likely to fail the reading test in third grade and if you don't pass that, you're four times as likely to drop out of high school."

As a dual-language early education center, Charlotte Bilingual Preschool aims to accelerate language acquisition for its students and in return, create access to social and cultural capital. It was founded in 1999 with a $100,000 grant from Smart Start, a nationally recognized initiative in North Carolina that aims to give every child in the state the opportunity to reach his or her full potential. Charlotte Bilingual Preschool started with five students and quickly grew to fifteen by the next year. Today, it serves 228 children.

"The school was created due to a need in the community back in the '80s," says Valladares. "Uptown started being built up and there was an influx of Latino workers who brought their families. They [Smart Start] knew we needed some kind of early intervention. There were two African-American preschools that were open before that and then they decided that maybe we needed one for Latino children."

Charlotte Bilingual implements a Reggio Emilia approach to learning, a child-directed method that focuses on experiential learning and is based on principles including respect, responsibility and community. The classrooms are cheerful and welcoming -- the blinds are left open to allow for plenty of natural sunlight, the sills are filled with living plants and there's texture to experiment with in every corner. Apparently, the approach is working. Valladares says Charlotte Bilingual Preschool students outperform their Latin peers in Kindergarten, first- and second-grade reading tests.

As far as population, Valladares says the school has seen a shift from students coming from generational poverty to situational poverty. For instance, some parents may have been affluent dentists or doctors back in their home country and then flee to the United States to start over. To aid both students and parents, the school offers many resources ranging from low-cost tuition ($70/month) to ESL, computer and leadership skills classes for parents.

"We know that it's in the interaction with people outside of your social class that you're really going to learn and so from an organizational perspective that was our very selfish reason to see our families thrive," says Valladares. "And then we realized in the process that everyone thrives because all families will acquire capital—cultural, language and social." 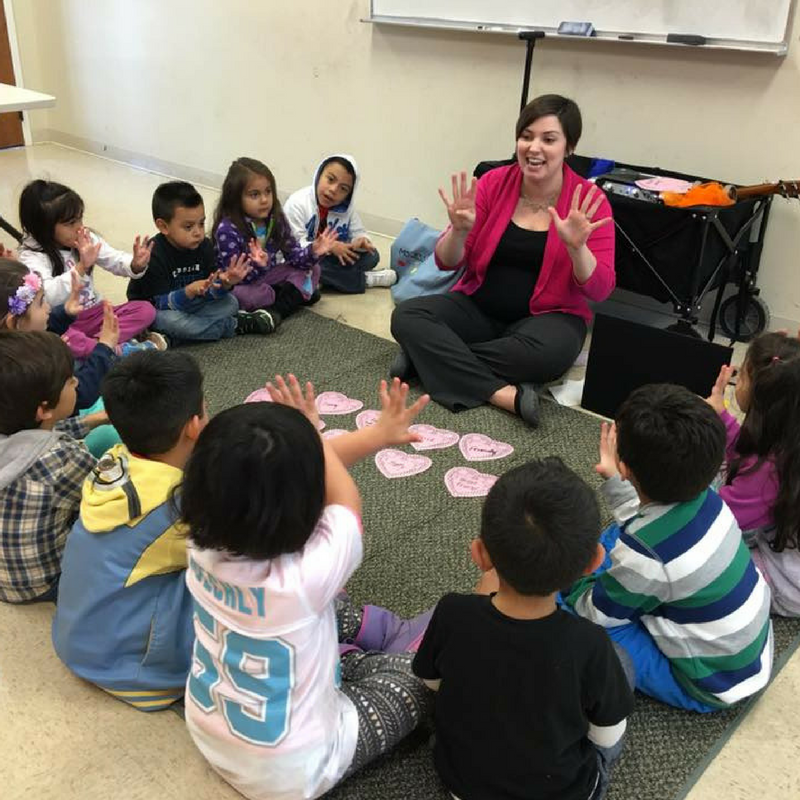 La Escuelita Weekday School—located at the Episcopal Church of the Holy Comforter is another dual-language preschool with a similar mission. The school got its start in the fall of 2009 with three students. Currently, it has 89 enrolled students.

"La Escuelita started out only for low-income Latino children and then we joined with Holy Comforter Weekday School, and the two programs combined into one, so we could reach all children," says Lauren Cavins, director of Hispanic Ministries and Children's Ministries of the Episcopal Church of the Holy Comforter.

The school fosters a unique sense of diversity, with a mix of students from different socioeconomic and cultural backgrounds. Each classroom has two on-staff teachers—one native Spanish-speaking teacher and a native English-speaking teacher. The curriculum changes day to day so students can practice English one day and Spanish the other. Tuition is offered on a sliding scale, ranging from $60 to $400 a month.

"It’s a priority of our board, and of ours, to make sure that we hold spots available for that low-income family that needs access to preschool," says Cavins. "It’s exciting to us when we can offer education in their home language, which may be Spanish (we’ll use that as the example although not all of our low-income families are Spanish-speaking families). When children learn in their home language first, it’s been proven that they’re able to make connections between what the concept is and then build on that and then transition that to that second language."

In a county where one in four babies born is Latino, both Charlotte Bilingual Preschool and La Escuelita Weekday School are making a remarkably positive impact on the Latino community. The sooner children learn to read proficiently on grade level, the higher the potential for economic mobility and opportunities. By providing high-quality, dual-language early childhood education with quality teachers and proven curriculums, these two schools are giving children the education necessary to meet their full potential.

Lauren Blake is a freelance writer who loves and writes about all things local. Follow her @palieblake or view her portfolio here.